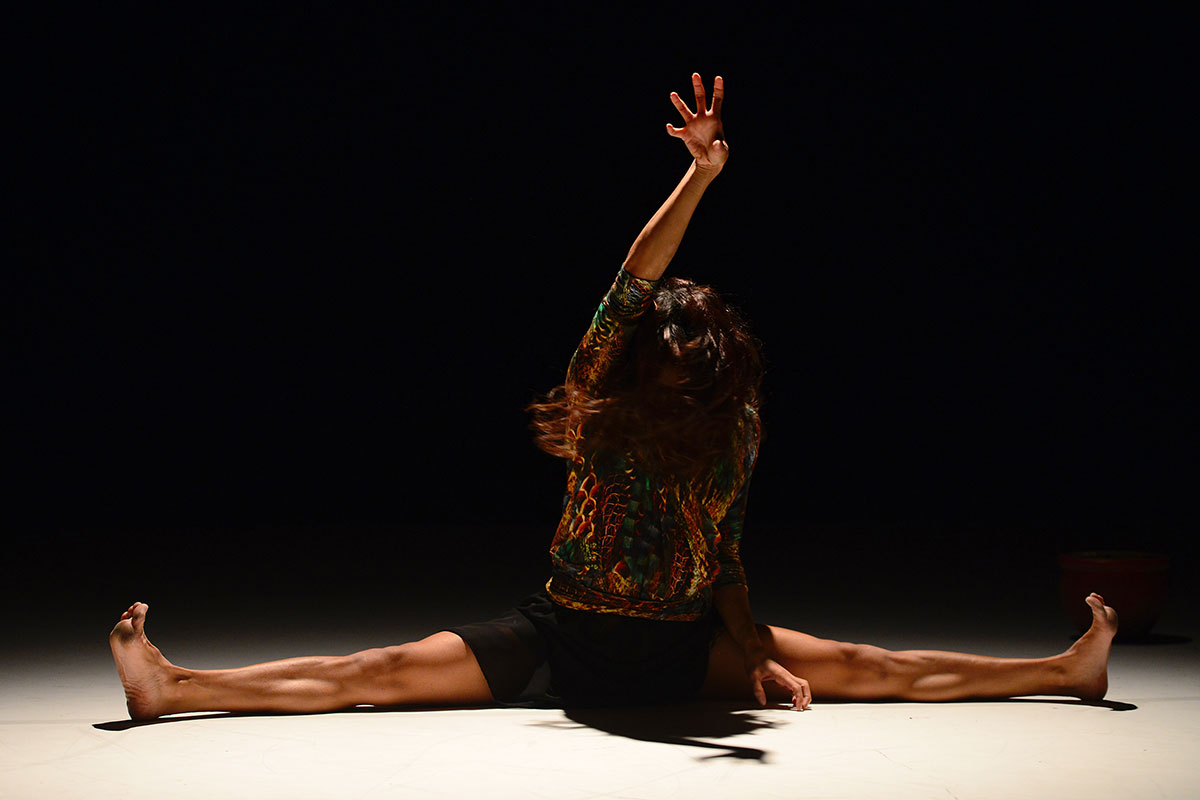 Joy was born in Los Angeles and grew up in Freiburg in Breisgau, Germany. In her youth she was trained in ballet, jazz, Philippine andPolynesian folk dance and graduated at the Palucca School in Dresden, Germany with a dance diploma. She started working as a contemporary freelance dancer with choreographers like Christoph Winkler, Anja Kozik, Heike Hennig and Yui Kawaguchi.During this time she expanded her repertory in urban dance styles like hip hop, breakdance and voguing and was active in the urban dancescene in Europe. In 2011 she joined Cirque du Soleil as a dancer and aerial artist in the Michael Jackson Immortal World Tour.

Since 2013 she has been a dancer and rehearsal director of the Akram Khan Company and the company Wangramirez where she continues her touring life all around the world.

She has been nominated as an “outstanding female dancer” (modern) in the Performance Until the Lions by the National Dance Awards UK.

Since 2016 Joy has been creating her own work like Babae, Alter Egos, Heimkehr and Unda and has found international response as a choreographer. Worldwide she collaborated with artists like Akram Khan, Chen Shi-Zheng, Riz Ahmed, Viviana Durante and supported the creative exchange in academic institutions.

A 30min Solo work inspired by the “masterpiece of strangeness”, Mary Wigman’s Witch Dance. Raised and classically trained in Germany, Joy examines inherited vocabularies, reconfiguring what it means to summon the power and mystical practices of woman as witch. Combining her roots in Philippine folk dance, classical training and vocabulary of hip hop and voguing, BABAE is a one woman interplay between the animalistic and sensual qualities of ritual and power.

“The essence of my work is about the transformation of body and energy – human and animal.”