• TIMOTHY AND THE THINGS (Maďarsko | Hungary) 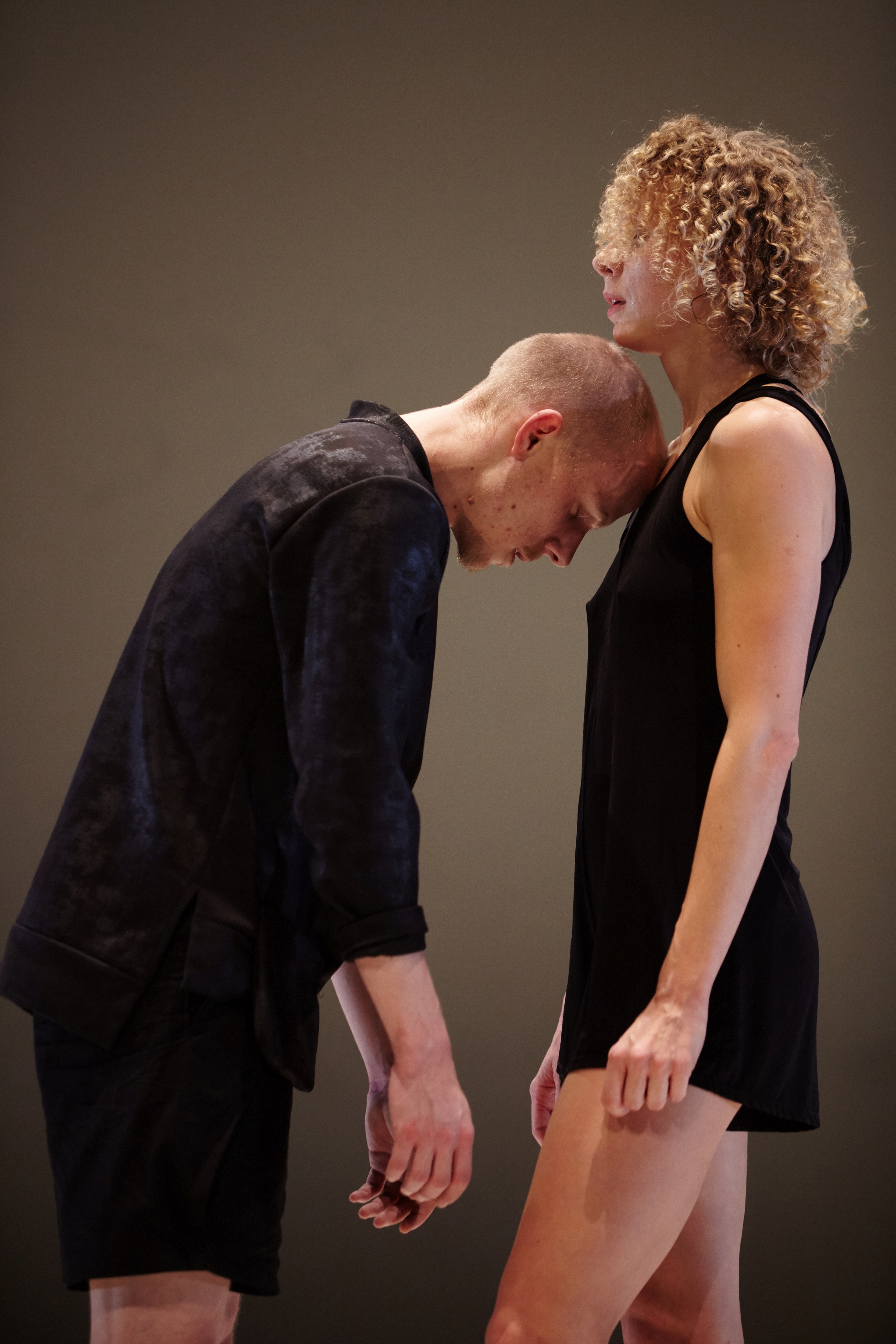 TIMOTHY AND THE THINGS

Completed his studies at the Budapest Contemporary Dance School, since then has worked with numerous Hungarian and international dance makers. The core topic of László’s interest is based on exploring and analysing all forms of human social behaviours and communication issues, from all possible aspects, in their own completeness, without generalizations and prejudices: in a simple, pure and personal way. In 2016 he created his new piece for six dancers, titled Waiting for Schrödinger.

Contemporary dancer, performer and teacher. Emese Cuhorka completed her studies at the Budapest Contemporary Dance School in 2011. She has been a member of HODWORKS for eight years, works with Csaba Molnár and The Symptoms. Her secret improvisation games as a child has determined her freedom in her artistic work.

Your Mother at my Door

Created in the framework of the European project modul-­‐dance, with the support of the EU Culture Programme.

A woman sits in a museum gallery and observes a painting. Near the door there is a man stands and watches the scene. This is the starting point for the project of La Veronal, which takes us to the Italian city of Siena to initiate a reflection on the conception of the human body. This represents and has represented the passing of the centuries, and art has involved itself with human material in as many ways as it has found convenient, while artists have used the body as a container and significant projector of meanings.

The piece is immersed in an approach to the history of Italian art, in a journey that begins in the Renaissance, when man returned consciousness to itself, and reaches the contemporary world. In this work Marcos Morau continues to rely on references from other artistic disciplines such as film and literature. The performances of La Veronal feature fiction composed by numerous scenic realities that are intertwined together, contaminating and working in unison like complex machinery, designed to penetrate the viewer’s perception beyond the conscious state.

Siena is built around the idea of exposing the body and its representations. Siena is located in a closed room, an anonymous and timeless place designed for display in its widest sense. Beyond the four walls, all the articulating elements of the piece are focused on building a look encouraged by external stimuli triggering the possibility of representation: a museum, a waiting room, a funeral home or a church are some of the settings where we see people who contemplate and are being contemplated, whose intentions and emotions are altered depending on the signifiers established by theatrical convention, but always within the bilateral pact between living bodies and their vestiges.

Siena exists as an exercise in observation and contemplation. His nature is to understand the contemporary body through those findings, fantasies and the states of the man it was; which arrived until today through art, and are guarded now in closed spaces, related to forms of worship and the repair/shame of the present.

The stage becomes in Siena an exclusive surface to witness the pleasure of seeing oneself and others, reconsidering its own uniqueness within a whole united with others. It is in this sense of unity where exploration of the possibilities through those links becomes an infinite task aiming for the collective will and in the theatrical act is translated into an absolute and intellectual participation of the audience. Siena uses the human to idealize the future human or the perfect human in a fatally Renaissance worldview.

Classically, the concept of beauty is defined by the proportional relation between different parts of a whole (harmony) and not under a monolithic idea. The sum of many bodies models a uniform and infinite body called Humanity, which in its less balanced slope we can define as mass. It is in this unit of bodies composing the social body where is generated this complexity Siena proposes to move to the scene. For the first time in its track, the creative work of La Veronal is organized around the recoding of the languages of the body through a personal physical vocabulary, skilled in translating poetically, by an exercise of ekphrasis, that which is hidden behind the visually palpable.