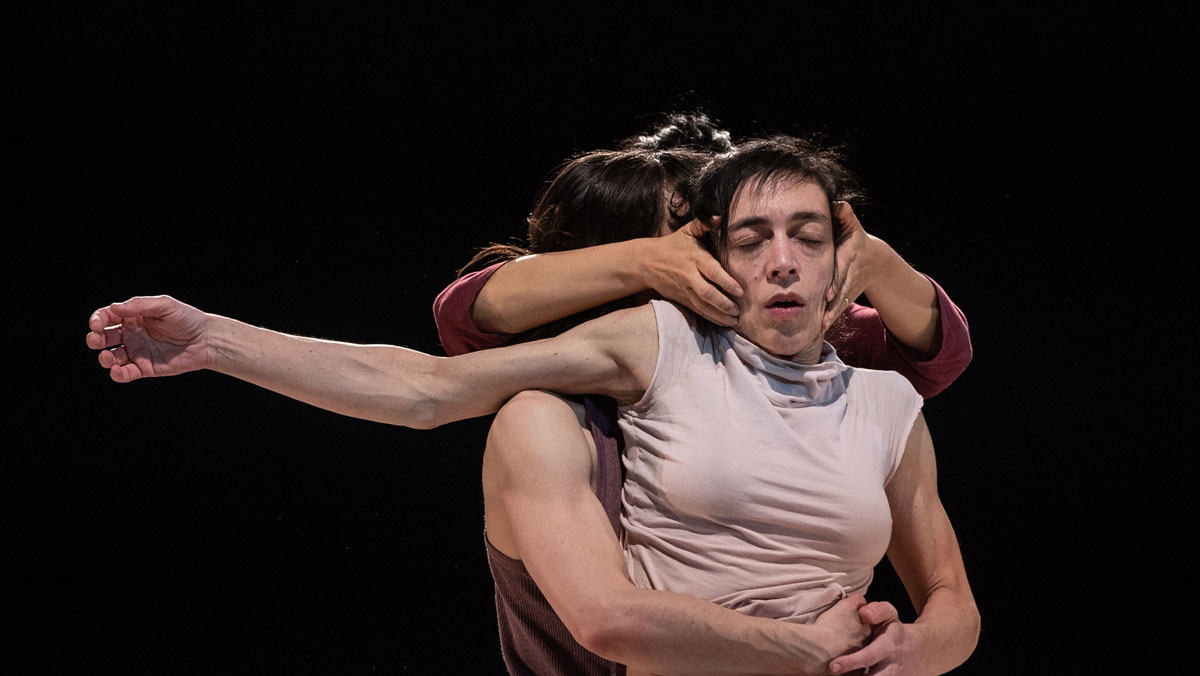 Company was founded by Linda Kapetanea and Jozef Frucek in 2006 in Athens. It was formed out of their need to develop their artistic language which is deﬁned as primal and raw. Rootlessroot is their artistic vehicle hosting their practical philosophy, helping them to discover their capacities and fulﬁll their desire to dive into the depths of the human being.

Their works- solos, installations, medium and large- scale performances, have been presented in 21 countries around the world.

They have been collaborating with Akram Khan on his dance solo DESH, Staadsteater Kassel Dance Company, Dot 504, Helsinki Dance Company Finland, and many other companies and institutions. The Onassis Cultural Centre Athens has produced and presented their “Eyes In The Colors Of The Rain” (2011), “Kireru” (2012) and “Europium” (2015), and has been the company’s touring supporter. Since 2006, they have been developing the “Fighting Monkey Practice”, focused on the basic principles of human motion and human development. They have been travelling around the globe to teach the FM Practice.

Best performance of the year and Audience Award at Czech Dance Platform 2015 for Collective Loss of Memory,

Award for an Outstanding Achievement in the Field of New Theatre Black Black Woods.

a composition of a dance poem written in stones

A work for four performers and the marble eternity of poetic creation.

Four female performers, face off on stage against eternity’s material, marble, creating a poem about the human struggle with time and space, with gravity and decay.

The four performers begin their quest in the mythic cosmic ocean of endless possibilities, of boundless forms, shapes, and dimensions, and end up working with the basic Pythagorean foundations of cosmic creation and geometry. Spheres, cubes, tetrahedrons, icosahedrons… An archetypical universe unfolds on stage as these creators sink into the shape and weight of objects, knowing that everything will end because the human presence is always fleeting.

With Stones and Bones, RootlessRoot attempts to create a theatrical experience free of fake objects. They show us the human body in actual conditions of creation, trying to make human life more dense in the present moment and to carve a mark that will prove to the future that they once existed.

Artstic statement about the performance

A Lift fork brings the stone.

A Lift fork brings the bod.

It is about the stone

The stone has the

this is a poem

The Perception of time

The Scale of time

The Life of the stone

The Life of life

In the centre of the stage

The Center of our attention

A Block of unknown knowledge

that has supported so many structures

on which the very western culture lies on

This bone of the earth

The European culture Europe As a

Is dedicated to Bella Tarr

and explorers that took their

We will document the entire creative process. From cutting the cube of marble to its arrival to Athens, to its placement to the theatre, and to the performance acts that will last from ﬁrst day till the last show where there will be nothing left from the marble we brought on stage.